Silverpeak > Insights > Autonomous vehicles, shared mobility, and Mobility as a Service – the future of the urban transport market is already here. 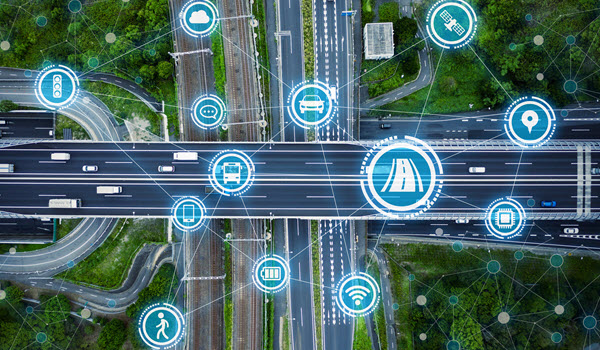 Autonomous vehicles, shared mobility, and Mobility as a Service – the future of the urban transport market is already here.

“MaaS is the concept of being able to use mobility tools to buy a number of different trips on a variety of transport modes, but in one place,” says Pietro Strada, managing partner at Silverpeak. “You could leave home in a taxi, then jump on a tube, take a train then finish your journey with another taxi. That’s four separate trips, in four different vehicles, which you pay for four different times”.

“But with MaaS, you would simply pay once for the entire journey.”

With this technology starting to get deployed in major cities, there is a very clear need for more investment, innovation and regulation in the urban transport market.

Across Europe, a number of integrated mobility services are being rolled out, from UbiGo in Sweden, to Qixxit in Germany, and Whim in Finland. Also, car manufacturer Daimler has gotten in on the act, with its Moovel ride-booking service, which is currently being tested in the U.S. and Europe.

Transit information providers have raised hundreds of millions of dollars in investment over the past ten years, underlining the enormous value embedded in these services. Germany’s GoEuro, for instance, has raised $296m since it was founded in 2012. It provides a multi-modal search tool that compares and combines rail, car, bus, train and aeroplane routes and prices

“There is a lot of activity in the MaaS space,” says Matteo Pozzi, director at Silverpeak. “Many companies are raising significant capital to position for the dramatic anticipated growth in revenues.”

“Their technology is amazing – world class,” says Paddy MccGwire, managing partner at Silverpeak. “Last year, they were approached by a huge international car company and another tier one supplier, but they found that these deals would never get to completion. They realised they needed somebody to help them get from A to B, so we started to work with them in March 2018, and five months later we completed a £14m funding round.”

Since then, Silverpeak have helped them raise another round in July 2019, which will be used to accelerate Oxbotica’s growth plans in the coming years. And while we are still a few years away from self-driving commutes, MccGwire points out that on private turf such as airports or docks, this technology can be rolled out far more quickly.

Since the Uber and Lyft IPOs, in the ride-hailing sector alone, nearly $70bn (£57bn) has been raised between the top 4 companies: the American players Uber and Lyft as well as their Asian rivals Didi and Grab. Meanwhile, established brands such as GM and Toyota have begun investing in new car-sharing technologies from the likes of Turo and Getaround, with a view to expanding their business model to become service providers as well as vehicle manufacturers.

According to Silverpeak’s research, 2019 investments in ride-hailing, car sharing, and carpooling services rose to an all-time high of $21.7bn. These figures reflect a demographic shift in how transport is viewed in urban areas.

In fact, in preparation for the “death of car ownership”, BMW and Daimler have pooled their mobility assets into five new joint ventures (now three) to give them additional scale and create vertical mobility powerhouses focused on urban areas.

Scooter sharing and bike sharing schemes have also been gaining traction in the investment community lately. Over the last five years, approximately $9.4bn has been invested into bike and scooter sharing or rental schemes. China is very much in the lead on this trend, with the top three Chinese players raising a significant proportion of the combined fundraising in the market.

Uber, Didi and Lyft have already acquired some of the most promising bike-sharing and scooter-sharing innovators, in a clear indication that urban transport is going green. However, without regulation, this has led to unfavourable unit economics due to a large proportion of bikes and scooters getting damaged, resulting in players such as Ofo verging on bankruptcy.

China is a market that is experiencing its own dynamics and in some areas is leading. As well as taking the lead on bike-sharing and scooter-sharing innovation, China is poised to become a global leader in the autonomous car market. Since 2015, China has spent at least $24bn more than the US on 5G technology – an essential component for autonomous vehicle manufacturing. Both Alibaba and Baidu are in the advanced stages of testing self-driving cars, and Alibaba is even looking into the creation of ‘smart roads’ which feed data to cars as they travel.

European deeptech – the next wave